The Brain is VERY Complex!

As frequent readers know, I sometimes mention current neurological research, especially as it concerns music. Often I complain about the superficiality of the research. I ran across this cartoon, which could serve as a kind of motto: 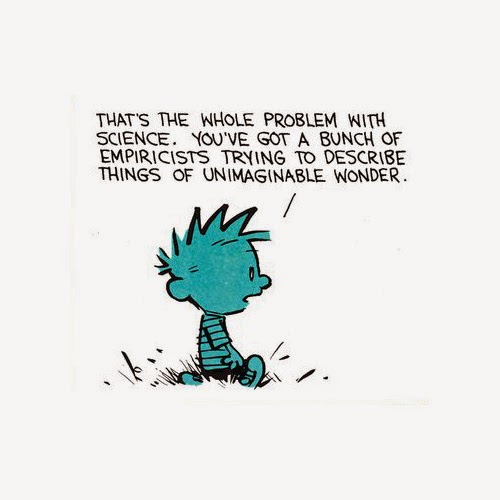 But I just ran across an article about a researcher that is excellent--a model of what could be done in the field. Here is the link. The story in the NYT is about researcher H. Sebastian Seung who says;


“We’ve failed to answer simple questions,” he said. “People want to know, ‘What is consciousness?’ And they think that neuroscience is up to understanding that. They want us to figure out schizophrenia and we can’t even figure out why this neuron responds to one direction and not the other.”

He is working on the very detailed, specific level of research to begin to be able to answer the simplest questions. Right now he has been studying how a nerve cell in the retina of a mouse detects the direction of motion in the visual field. So maybe, several decades from now, neurologists might be able to figure out how we hear and then move on to those fascinating questions of music and aesthetics that the pseudo-scientists have been purporting to address. Here is one of my critiques and you can find many others by typing "scientism" into the search field on the right.

One of the neat things that I learned from the article is just how complex the brain really is, which explains why so much very basic research needs to be done before we can even approach the big questions. How big is the brain? In the human brain there are 85 billion brain cells and each one can have up to 10,000 connections. ?!??!?!?!???!?!!!!! This is roughly equivalent to the capacity of 75 billion iPads! Oh. My. Goodness.

Speaking of iPads, here is a fascinating article about composer/conductor Esa-Pekka Salonen and an app he has created for the iPad that is designed to teach people about the orchestra. I really liked the whole thing, despite the fact that it is rather an over-grown commercial for the iPad. Here is why:

Here is a recent orchestral piece by Salonen that appears on a new CD accompanying his Violin Concerto. The piece is titled Nyx, who was the goddess of night in Greek mythology.

Posted by Bryan Townsend at 8:55 AM