Astrophysicists speculate about the existence of something they call "dark matter" in order to explain things, like the "missing mass" in the Universe. Here, go read all about it. They have the odd idea that less than 5% of the universe consists of the matter we actually know and love while most of it actually consists of dark matter and dark energy that we have no direct evidence of.

Dark matter composers we do have direct evidence of, however! A while ago I put up a post about Haydn in which I talked about the Light and the Dark. Haydn is a composer of the light. There are very few places in Haydn where he really seeks out a dark mood. This might be one reason why he does not get the credit he deserves. We tend to think that evoking the Dark is more serious than evoking the Light. So there are quite a few composers we consider to be serious that I would want, metaphorically at least, to call "Dark Matter" composers, i.e. ones that tend to evoke the Dark rather than the Light.

Let me pick an obvious example, Niccolò Paganini, the great Romantic violinist who cultivated a dark and mysterious image: 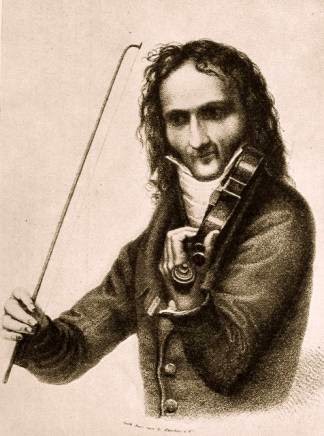 And here is Hollywood's predictable take on what a Paganini concert might have been like. David Garrett is playing Paganini:


But Paganini's music really isn't quite as demonic as it would like to appear, being fairly typical early Romantic in style, with a focus on virtuosity:


Now, of course, there were truly dark composers long before Paganini and Romanticism. The most obvious is Carlo Gesualdo, Prince of Venosa, lutenist, composer and murderer of his wife and her lover. He wrote the darkest music of the 16th century:


The Baroque era had its moments of darkness in music as well, some of them written by J. S. Bach in his church music in gritty evocation of the sufferings of this world. Here is a bass aria from the Cantata BWV 13 as an example:


But with the arrival of Classical style, this kind of profound darkness was no longer easily available and even supposedly serious church music tended to have the bounce of Italian comic opera. Listen to this Kyrie from the Missa in tempore belli, especially from 1:24 on.


It was only with very late Mozart and much of Beethoven that the dark depths began to be explored, which is why sometimes they are called the first romanticists as this darkness was the specialty of the Romantic era. Here is an obvious example from Mozart, the Lacrimosa from the Requiem:


This, along with the Symphony No. 40 in G minor, is probably thought of as typical Mozart by many. It is only when you realize that he wrote almost no other symphonies in a minor key, that you start to wonder. If you set out, as I am at present, to listen to the complete works of Mozart, you realize that nearly all of his music is cheerful light entertainment, done with great expertise and charm, of course. But rarely evoking dark moods. Beethoven is a whole other thing, of course. It is with his music that we begin to depart from the cheerful light of Haydn's Classical style. A famous example would be the crepuscular mood of the "Moonlight" Sonata:


But there are a host of other examples in Beethoven such as the "Malinconia" introduction to the last movement of the Quartet, op 18 no 6:


Not to mention the heaven-storming energies of the Symphony No. 9. "Dark Energy" indeed:


But it was really Franz Schubert who unveiled the full powers of darkness in composition. At age seventeen he composed almost the harbinger of the whole 19th century, the mysterious song about the Elf King:


And he really captured the mood perfectly with the opening of his "Unfinished" Symphony, an evocation of pure darkness:


From then on, it was hard for a composer to do anything else as the cheerful radiance of Haydn would just seem trivial after that. I won't go on, putting up more examples, but listen to the music of Liszt, Wagner, Bruckner and Mahler to hear how this evocation of darkness was elaborated. And at the very end we come to Scriabin, who is a kind of culmination:

Posted by Bryan Townsend at 9:51 AM