Tom Service hits another one out of the park with his choice of the Sinfonietta by Janâček for the symphony guide this week. After spending more than a week listening to the complete symphonies of Bruckner this is like dunking my head in a bucket of cold water. It is everything Bruckner is not: pithy, brisk, crisp and with captivating melodies and motifs. Even after listening day after day to the Bruckner symphonies, I couldn't hum a tune from one of them if you held a gun to my head. But the Sinfonietta begins with some very clear motifs:

This kind of crisp writing continues. To make the comparison, here is the very beginning of the Symphony No. 9 by Bruckner: 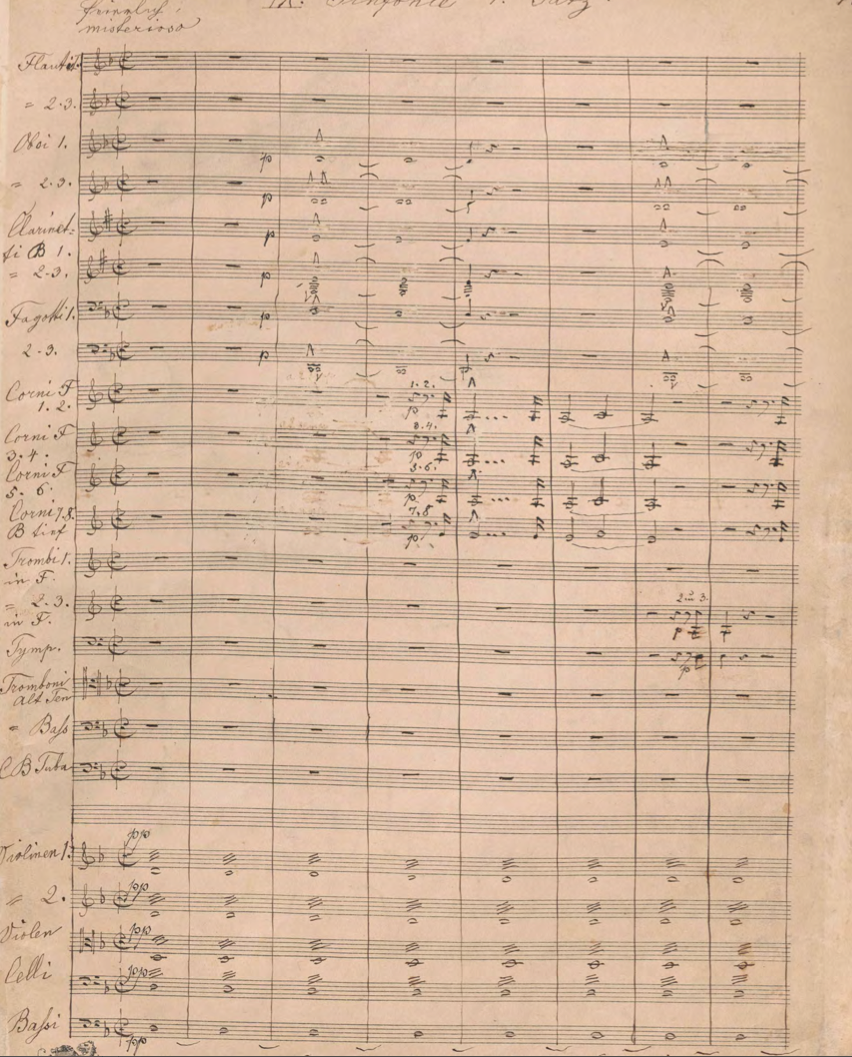 Of course, that is just hideously unfair to Bruckner as he is, again, doing a kind of open-fifthy, spacey introduction modeled after Beethoven's to his Symphony No. 9. So let's have a look a few pages later, when he gives us the first theme, which, oddly, starts by outlining a fifth and a fourth: 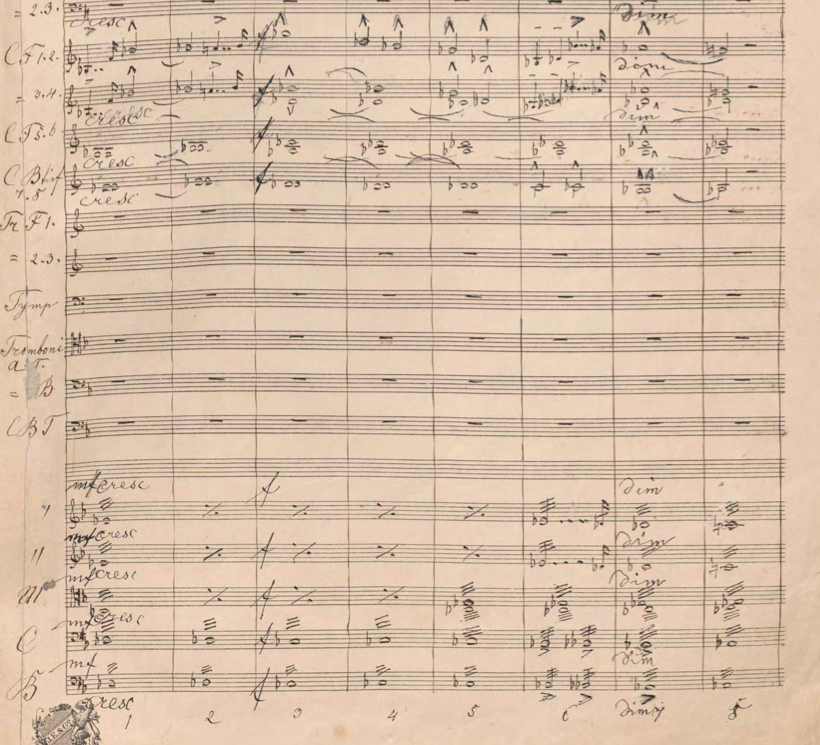 Yes, of course there is other stuff later on. As I said, I am being unfair to Bruckner. But it is rather astonishing just how much of a lengthy Bruckner symphony is long-held tremolos and pedals. I mentioned to a string-player friend of mine that I was enjoying listening to the Bruckner symphonies (this was after the first few) and she retorted that I certainly wouldn't enjoy them if I had to play them! And cited one passage where she had to do the same tremolando for 350 bars!

But let's get back to Janâček. Tom Service mentions the "cinematic editing and shuffling of musical time" (i.e. the juxtaposing of different musical "cells") without mentioning that both Janâček and Stravinsky were doing this kind of thing. The equivalent in cinema is called "montage" and the interesting thing is that the composers arrived at the idea at about the same time, the mid-1920s, but independently. As I was saying, the crisp writing is a real treat after Bruckner. Let's listen to the whole Sinfonietta:

Email ThisBlogThis!Share to TwitterShare to FacebookShare to Pinterest
Labels: Janâček