Guéguen et al. (2014) found that men were more likely to obtain women’s phone numbers for a date when carrying a guitar case than when carrying a gym bag or nothing. Again, these authors postulate that musical talent may signal good genes or intellectual ability.

Ann Althouse, where I found this link, supports the theory:


That reminded me of the time —  20+ years ago (I was single)— when I was talking to a man as I was waiting in line at the airport. He had what I at first took to be a musical instrument case. At the point when I realized the case contained golf clubs, I saw my interest in him crash and burn. It was completely unsubtle and instant.

Given the extreme importance of this finding, I think that a great deal more research is needed! For one thing, it is disturbingly generic. Surely the sexual attractiveness of a man with a ukulele or accordion case is a mere fraction of that of a man with a guitar case? What about a man with a violin case, who traditionally is thought to be, well, less than fully manly? On the other hand, a stubbly guy with an alto sax hanging around his neck has got to be way up on the sexual attractiveness scale. Sadly, pianists, among the sexiest of musicians, never carry their instruments in a case, so derive no leverage in the obtaining of women's phone numbers. Equally troubling is the lack of research on how women carrying musical instrument cases fare when trying to obtain men's phone numbers.

Honestly, there are more questions than answers here! 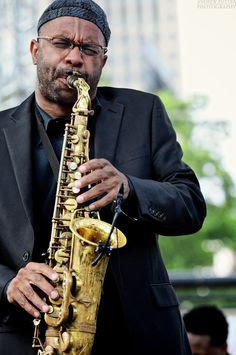 Posted by Bryan Townsend at 8:23 AM

Email ThisBlogThis!Share to TwitterShare to FacebookShare to Pinterest
Labels: music and sexuality

Yeah, a sax case would have helped, but, knowing Ann Althouse, I bet what would have really turned her on would have been a rifle case...

And what if said saxophonist were wearing shorts?