What the heck is aesthetics? Is it something that is somehow bestowed in one of those salons you see tucked away in strip malls (but surely the point of this establishment is to reveal, not to hide, beauty?): 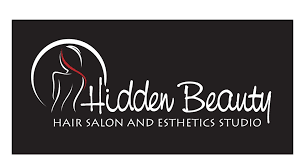 "Esthetics" is a common spelling and even though it seems more common in the beauty salon context, is usually defined the same way as "aesthetics." It might be informative to read the Wikipedia article which begins by defining aesthetics as:


Aesthetics (/ɛsˈθɛtɪks/ or /iːsˈθɛtɪks/; also spelled æsthetics and esthetics) is a branch of philosophy that explores the nature of art, beauty, and taste, with the creation and appreciation of beauty.

But I wouldn't take the article too seriously as, with so many philosophical concepts, a brief explanation usually does little more than confuse the reader irreparably! For an example, try reading the article on "ontology."

I'm going to go at this from a different angle and I'm going to start by showing exactly why we have a desperate need for aesthetics. Here is an article I put in this week's miscellanea titled: What's the Best Song, According to Science? We live in such weird times that we expect science, a perfectly respectable field of human endeavor, but one with very clear boundaries, to actually answer all our questions! About everything! Examples from this article show us just why this doesn't work:

Is there any way to scientifically determine what makes a “good” song? Why or why not?

The best way to test a song is still a human. We can measure how people respond to songs in a bunch of ways including brain scans, measures of chemicals in the the brain, including dopamine (which is associated with the internal reward system reward, perhaps you give yourself a pat on the back for selecting a great playlist). Actually measuring foot tapping or the smile muscles is probably just as good as most more ‘scientific methods.’

I can't imagine a more useless way of evaluating the aesthetic value of a song, though I'm sure this tells us something about whatever people they got inside their brain scan machine. Here is another example:

Postdoctoral Associate in the Department of Psychology at New York University, researching the relationship between music and the brain

Why do some of us have viscerally negative reactions to certain songs?

Again, this tells us something about people, but absolutely nothing about songs. Amy Belfi has another very interesting answer:

Are there any qualities that make a song “good”?

The challenge in psychology, but especially when we’re looking at music, is the fact that there’s individual differences. Taste is so varied in terms of music. In several studies about musical chills or really positive responses to music, they have the participants in the study bring in their own music to listen to. So you would have to have a comparison of highly pleasing music versus non-pleasing music. So the highly pleasing music is totally different from one person to another.

My research tends to focus on the response to music rather than the particular qualities of it, since it’s so hard to pick a song that everyone across the board likes, unless you pick a group of participants that have very homogenous taste which is also kind of challenging. If we knew what made the perfect song, someone would be making millions of dollars off it.

My emphasis. Yes, of course psychology will always focus on the people responding to the music, rather than the music itself because all of their tools are designed for that purpose. They have no tools to examine the music! Most hilariously, there are people making millions of dollars off writing and performing songs all the time! Why? Because that is their profession. They are called "musicians" and they know about music in the specific sense of what musical elements are likely to appeal to the largest numbers of people. That's how you make a million dollars in music. Aren't psychologists aware of this?

I could go on quoting this and other articles about music in popular media, but there would just be a lot of repetition. You learn absolutely nothing about music by scanning people's brains or by interrogating random groups of listeners. You can learn an awful lot about music by actually looking at the music. And by "looking at" I mean listening to, playing and studying the score. But when you do that you are examining, not human brains or dopamine levels or answers to questionnaires, which are things susceptible to scientific examination, but rather aesthetic objects, which are emphatically not susceptible to scientific examination.

It seems to be the case that there is no easy and simple definition of what an aesthetic object is, as for every one offered there seem to be exceptions and teams of philosophers standing ready to knock any definition down. But if I could be allowed an ostensive definition, then I would simply say that, for our purposes, a musical aesthetic object is any musical performance that provides the listener with an aesthetic experience. Of course, I broke a fundamental rule by using the word itself in the definition. But I don't think that matters too much as my real definition is just to point to examples. What we go to a concert hall or a dance club to hear is usually "music." What we hear from a wind-chime is not, because it lacks the necessary element of intentionality: in other words, there has to be a human performer involved. So music composed by computers doesn't count, which is fine by me.

That's it for this post. In succeeding ones I will try to summarize the best bits from Monroe C. Beardsley's excellent book on aesthetics. Let's end with a musical aesthetic object. This is Martha Argerich playing the Sonata in D minor, K. 141 by Domenico Scarlatti as an encore at the Verbier Festival in 2009:

IF one has a naive altruism, they might promote aesthetic reflection in an attempt to save our culture and our people from the superficialities and vulgarisms of most popular music. An example of this could be writing comments (or even articles) on a website like Musicology Now that challenges their focus on the soundtracks of Hollywood movies or Pepsi commercials, or their forcing identity-politics questions about power and gender and (so-called) "race" as the criteria determining which music will be studied and how it will be analyzed.

BUT once we realize the people and the culture do not want to be saved, then we are free to follow the monastic solution that accepts the larger culture is degrading into vice and triviality, and our humble role is simply to cling to what we recognize as best and most worth cultivating from our heritage, and find others of similar sensibility to work with to preserve and even develop it until such time in the future when a larger public will again, in a new set of social conditions, search deeper again for an aesthetics of skilled invention informed by the centuries of serious artists whose work was of universal-enough perfection to survive the dissolution of the immediate social and cultural world in which it was made.

And yes, because it was a single (though compound) idea, that last paragraph was indeed a single sentence.