If you want some good thinking on the intersections between music and science you really need someone who is an expert in both areas. This is nicely demonstrated by an article in the Guardian written by Christine Rice, a physicist turned singer. She makes a lot of very cogent observations about patterns and repetition in music.

Also in the Guardian is a poignant article about the Baghdad School of Music and Ballet. Despite political tyranny, war, years of civil unrest and yet more war, this is a tiny enclave of culture and civilization.

Here is something kind of cool. Cellist Johannes Moser plays a piece for 12 cellos by Julius Klengel all by himself! (I recall seeing Paul McCartney do this back in around 1970 and classical guitarist Julian Bream filmed a couple of duets with himself, probably in the 1980s.)

Here is another set of graphs illustrating data relating to opera performances at the Metropolitan Opera in New York. The compiler is Suby Raman and they pretty much speak for themselves. Here is the first one to give you an idea: 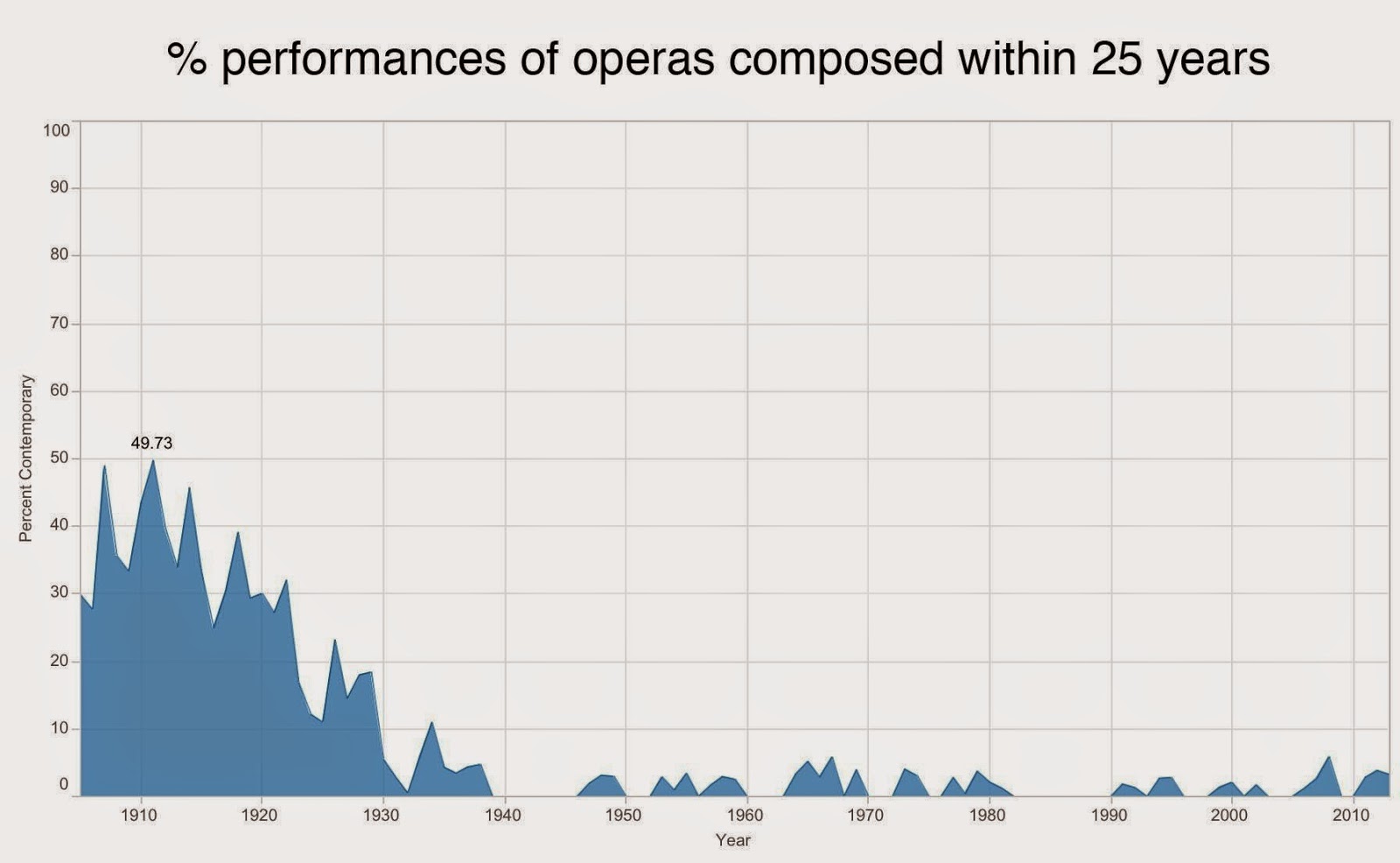 Sorry for this very brief Friday miscellanea. Usually I dig up an item or two each day until Friday arrives, but this week was just too busy! I did finally complete my listening to all 555 Scarlatti sonatas recorded by Scott Ross. Here is that final disc with numbers 541 to 555. Unusually, two of this last group of sonatas have recurring pauses that always seem to catch you by surprise.

Posted by Bryan Townsend at 7:32 AM

I have often heard that music and math are very much related. I used to play violin when I was young and also back then I was very good at math.

Welcome to the Music Salon, Victoria! When I was young all I was good at was being a bit neurotic...