The ever-productive Tom Service has a new article up at the Guardian about Górecki's Symphony No. 4. The Symphony No. 3 is one of the biggest-selling contemporary symphonies. And with good reason. Here is the "hit" movement:

Alex Ross has a post up about, well, I'm not quite sure. But it does have this clip, which he calls "mesmerizing". Blogger refuses to embed, so here is the url:

My feeling was more of boredom at the beginning, underlaid by apprehension, because everything that starts this way tends to end up in the same horrible place. Which it did. But I'm sure that the correct ratios of gender and race were observed, which is obviously the important thing...

Let's see what Sinfini Music is cutting through this week. Norman Lebrecht has a review up of a new album of Cage and Scarlatti. Now I know that the basic function of Sinfini is to pump up record sales, nothing wrong with that. But occasionally I wish that we could have an album review that told us something about the recording in a reasonable manner. You know, using English words in a functional way? Take this paragraph:

There is nothing to connect these two worlds, one servile, the other free. What David Greilsamer conjures here is a minor miracle - a musical dialogue between two of the remotest disparities in the whole of human civilisation.

The world of Scarlatti is the servile one and Cage the free one. Yes, how horrible to have to live in a palace and teach one very devoted student, occasionally playing a little chamber recital. As opposed to the utter freedom of John Cage, who preferred to relinquish the ability to make compositional choices in favor of tossing coins. And of course, there is no dialogue, the recording just alternates between the two composers. And I can't quite understand what a "remote disparity" might be. So this flashy bit of prose actually makes you just a bit stupider after having read it.

Jessica Duchen has a post up about her recent visit to Moscow, with lots of cool photos. Here is Scriabin's piano: 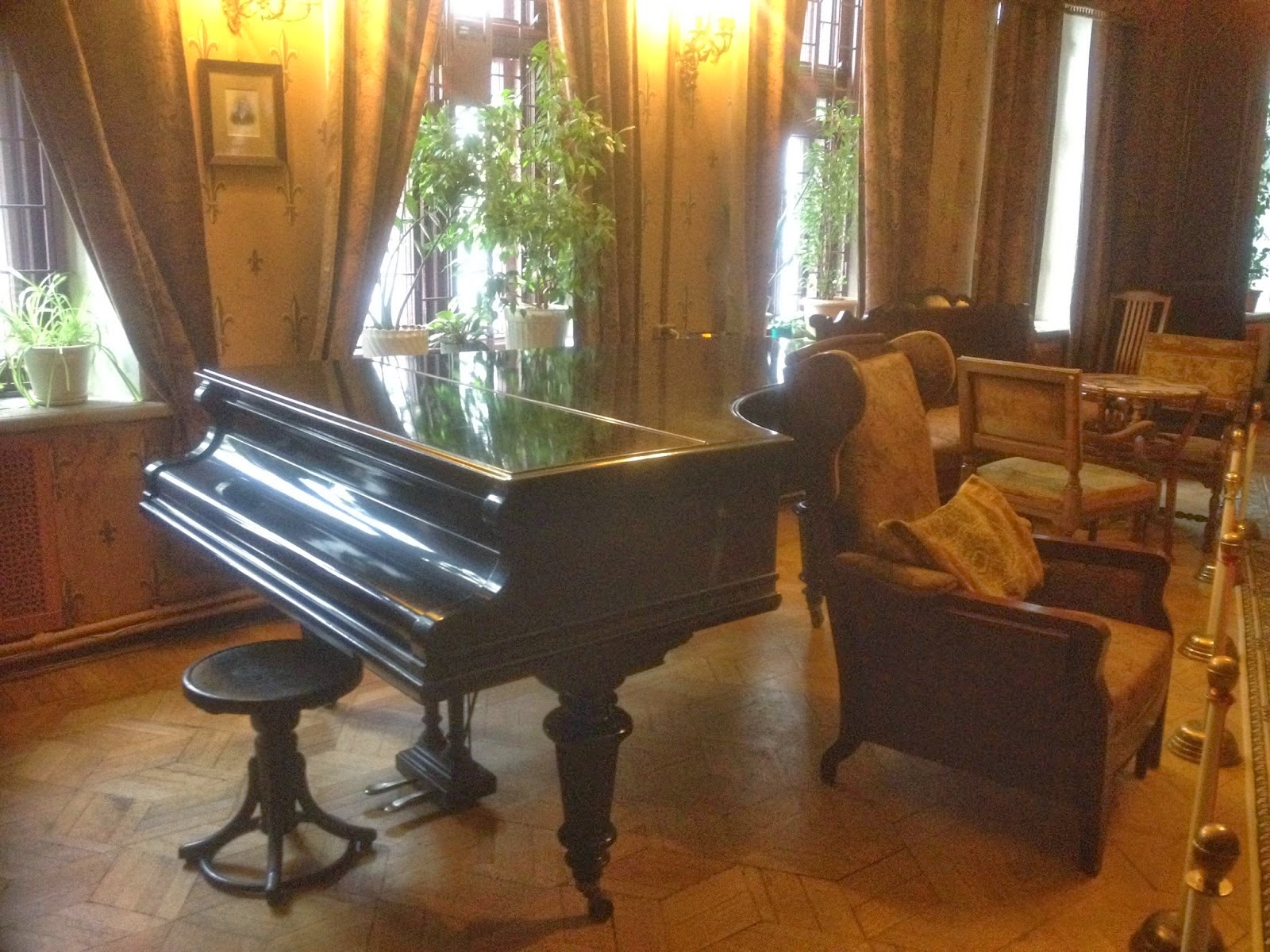 The Times Literary Supplement has a review of a new book on The Five, that group of Russian composers who struggled to create a truly Russian music. Here is how it begins:

They were a fortifications engineer, a research chemist, a naval officer, a pen-pusher in a government office and a gentleman of leisure. They were also all composers – quite a handful, indeed a “Mighty Handful”, to give them the old-fashioned English version of their collective Russian sobriquet: moguchaya kuchka. They were artists with a mission, but they spent more time debating that mission than realizing it. They were, in the order given above, César Cui, Alexander Borodin, Nikolai Rimsky-Korsakov, Modest Musorgsky and Mily Balakirev, and the story of their triumphs and failures is told by Stephen Walsh with enjoyable panache.

Worth reading the whole thing.

And that's all I have for you today. Have a good weekend and try to listen to good music, not bad!
Posted by Bryan Townsend at 10:45 AM