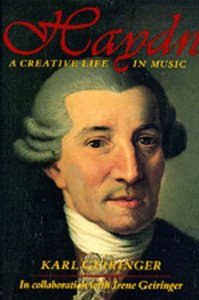 We tend to think of Beethoven as being the paradigm or exemplar, but every composer's life in music tends to be pretty individual. Take the idea of "periods" for example. Beethoven's life as a composer is seen to fall into three periods. We have Early, Middle and Late Beethoven. As Joseph Kerman remarks in his excellent book on the Beethoven quartets, any book on them is inevitably going to be like three books as there are three quite different phases in Beethoven's life as a composer.

But other composer's lives are different! Take Mozart for example: there are really only two phases in his short life: juvenilia and mature works. In his case the mature works are everything written after his mid-teens. His first successful opera dates from when he was fourteen. Haydn also does not fit into the three-phase model. His long life as a composer has five phases: Youth, Transition, Romantic Crisis ("Sturm und Drang"), Maturity and Mastery. These labels are from the book mentioned above. The complete symphonies box has different labels and manages to find six phases: Early Symphonies, First Symphonies for Prince Esterházy, Sturm und Drang, Symphonies for Entertaining, Symphonies for the Public at Large and London Symphonies.


Another composer who diverges far from the model is Leoš Janáček (1854 – 1928) for whom everything he wrote up until 1917 when he met his muse, Kamila Stösslová, was, with a few exceptions, juvenilia. All his most important works were written in his sixties and seventies! Compare this with, say a great popular songwriter like Paul McCartney: most of the songs that he is most highly renowned for were written between 1963 and 1970 when he was twenty-eight years old.

At the other end of the scale we have Giuseppe Verdi (1813 - 1901) who wrote one of his most successful operas, Falstaff, when he was seventy-four.

Let's listen to Janáček's Sinfonietta, composed when he was seventy-two, which sounds disconcertingly like something a brash young man might have written. Here is the Hallé Orchestra conducted by Sir Mark Elder:

Posted by Bryan Townsend at 7:46 AM