Continuing on from yesterday, here are some of the best posts of the second half of the year.

The two main things that went on in July were first, my attempt at a model record review. I was amazed at how tiny record reviews are these days: around 250 words with "in-depth" coverage extending to 500 words. So I did a sample review of my own where I compared three different performances of the last movement of Beethoven's Quartet in C# minor, op. 131. Here they are. The other big project was to do a post on each of the Beethoven symphonies. Here is No. 1. The others are easily found in the Blog Archive in the column on the right.

August was a month of a whole lot of different kinds of posts. Here was one on useful books on music. For a lot of the month I wrote about harmony, here, here and here.

The two main projects on the blog in September were first, a multi-part post on the Shostakovich Piano Trio in E minor. Part 1, part 2, part 3. The other was a four part post on my new set of pieces I had just written for violin and guitar. Here is the first movement and the other three can easily be found in the Blog Archive in the column to the right. By the way, the Avondale Press in Vancouver is going to publish these pieces early in the new year. At the end of the month I put up an introduction to Haydn and the symphony.

This theme continued in October with thirteen (!) posts on individual Haydn symphonies. Here is the first and the rest are easily found in the Blog Archive. I also did a post on Stockhausen and the avant-garde just after World War II.

I started off the month of November by kicking the BBC around for another silly article misinforming us about music. But the most serious project of the month was a series of posts on the Mozart piano concertos starting with this one. The others, again, can be accessed from the Blog Archive to the right.

I won't do December because we are still here and the posts are so recent. But I will leave you with a very funny cartoon that an ex-student just sent me. 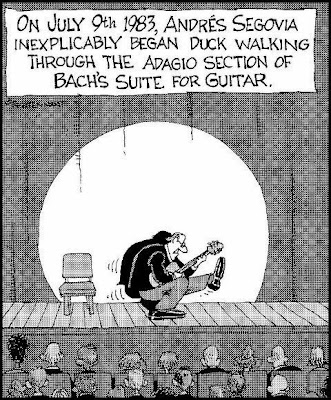 And a Christmas card: 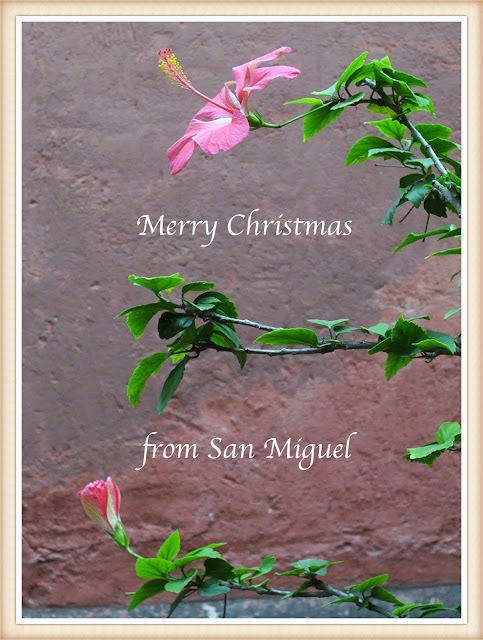 Posted by Bryan Townsend at 9:24 AM