Haydn and the Classical Symphony: Part 1

Following a suggestion by a commentor, I am going to embark on a series of posts on the Haydn symphonies. Digging around on Amazon, I see that, apart from an old BBC guide, there doesn't seem to be a recent guide to Haydn symphonies--apart from one by David Hurwitz that I haven't seen. However, if it is similar to his book on Shostakovich, I can't recommend it.

Joseph Haydn is probably the most important composer who is seriously underrated. Anthony Tommasini, music critic for the New York Times, had a project a few years ago to pick the top ten greatest composers and came up with this list: 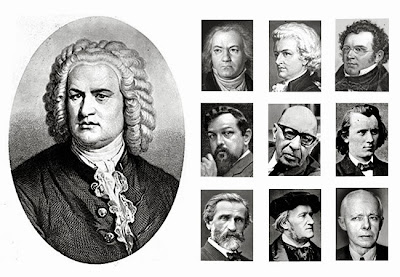 
I think that you could make a strong argument that Joseph Haydn is more important than at least five or six of those "top ten". Why? Except for Bach, Beethoven and Mozart, I don't think any of the others have influenced other composers and music history as profoundly as Haydn. It was Haydn who created the most successful compositional style in music history: classical style, which Beethoven and Mozart simply exploited. Parts of this remarkable achievement include the invention of several musical forms that are, to this day, central parts of classical music. These include the various manifestations of the sonata form which include the piano sonata, the piano trio, the string quartet and the symphony. I doubt any other composer can claim to have done so much.

A good way to start with Haydn is to read the pretty good Wikipedia article, some of which I will summarize. Haydn, who rose to become the most famous musician in Europe, close friend of Mozart and teacher to Beethoven, came from humble origins. His parents, though not trained, were music-lovers and early on recognized their son's gifts. His first career was as a choir-boy. When his voice was no longer suitable he lost that employment and was forced to work as a street-musician, freelance musician and music teacher. He received dribs and drabs of music training, but mostly taught himself from Fux's book on counterpoint and the music of C. P. E. Bach, son of J. S. Bach.

Let's listen to some music by C. P. E. Bach. Here is a Symphony for Strings in B minor:

C. P. E. Bach is an important figure, probably the most important composer in the transition from Baroque to Classical style. His music is harmonically powerful, if a bit eccentric. Mind you, sometimes, when he has a sequence going, he sounds a lot like Vivaldi. In any case, if you were a young composer in the 1750s, C. P. E. Bach was probably the best model to study.

In the late 1750s Haydn got his first court position with Count Morzin and wrote his first symphonies for his ensemble. Here is his Symphony No. 1 in D major from around 1759:

Remarkable how much sheer musical invention and delight there is, even in this early symphony!

Next time I will start looking at a Haydn symphony in more detail to see just how it is put together.
Posted by Bryan Townsend at 7:47 AM