The Wikipedia article on the Symphony No. 6 by Sibelius is very brief and calls it "the Cinderella of the seven symphonies" (quoting musicologist Gerald Abraham). One wonders if the brevity of the article, especially compared with the one on the Symphony No. 5, is simply because there isn't a big book devoted to this symphony as there was for that one, which they relied on extensively. No matter, we don't need a book because we have the score and recordings. As always, a very fine recording is that by Esa-Pekka Salonen:


This clip is of the whole symphony. The last movement starts around 18:55.

The ending of this symphony is actually the most interesting and most surprising of all the ones we have looked at. The last movement is knit together from three different threads. There is the opening, rather wistful, theme: 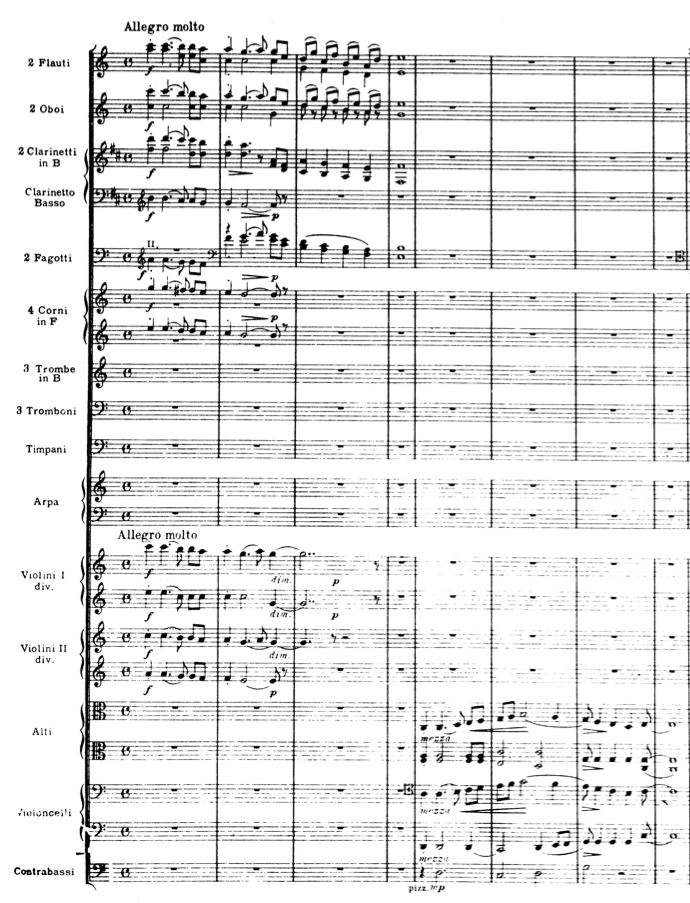 The interesting thing here is the very regular layout: it is as close as Sibelius ever gets to a typical eight-measure period. Four measures beginning on A minor and cadencing on E minor answered by four measures beginning on D minor and cadencing on C. The symphony is not given a key designation on the title page, but it is pretty clearly in D, Dorian mode. This opening is modal, not tonal.

The next theme is based on this rather jig-like motif: 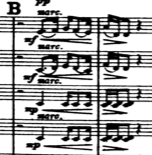 Which is soon transformed into this: 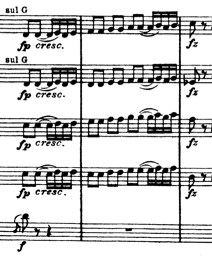 After development of this theme, the opening theme returns, but a tone lower. 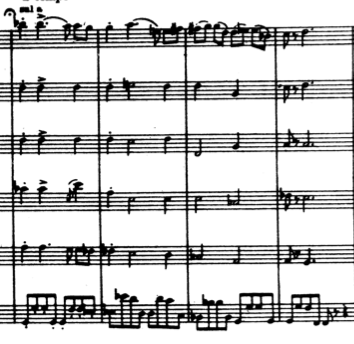 The first part is G minor to D minor, and the second part ends in D minor, this time with a key signature of one flat: 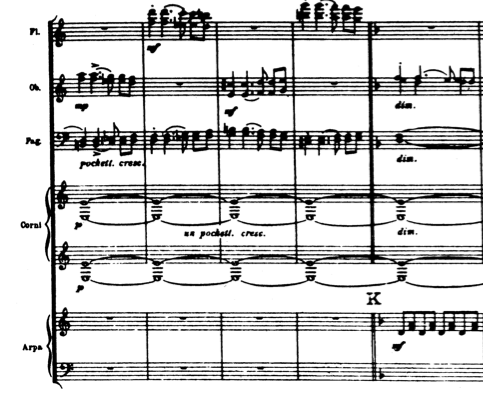 This leads to a development of this first theme, but the theme now has a solider, more rhythmic character. Now here is where it starts to get interesting. Sibelius reduces the texture down to just a simple rhythmic pulse, then indicates a halving of the note values so that eighths are now sixteenths:

The tempo indication is Doppio più lento or "twice as slow". So the eighths and the sixteenths sound exactly the same. Then we have a new theme that has a family resemblance to both the first two themes in its general shape and movement by step. It has a kind of cantus firmus feel to it, that I suppose comes partly from the rhythmic augmentation.

How Sibelius ends the symphony is by turning this new cantus firmus-like theme into something like a Bach chorale, just for high strings, violins and violas. We are still in one flat and there is a cadence on F which is followed by a phrase that ends on, of all things, a C flat chord in first inversion. Then there is a short phrase ending on a D flat augmented chord. Then another, interrupted phrase that seems to start on the dominant of D minor, but ends on F major. Then we have the final cadence, underpinned as so often in Sibelius, by the tympani which has a long C, followed by a long D, giving us a cadence on D Dorian. This is confirmed by the strings. Due to all the deception on this, the last page of the symphony, we are not sure that this even is the ending until sometime during that final held D. Here is that last page so you can see what is going on: 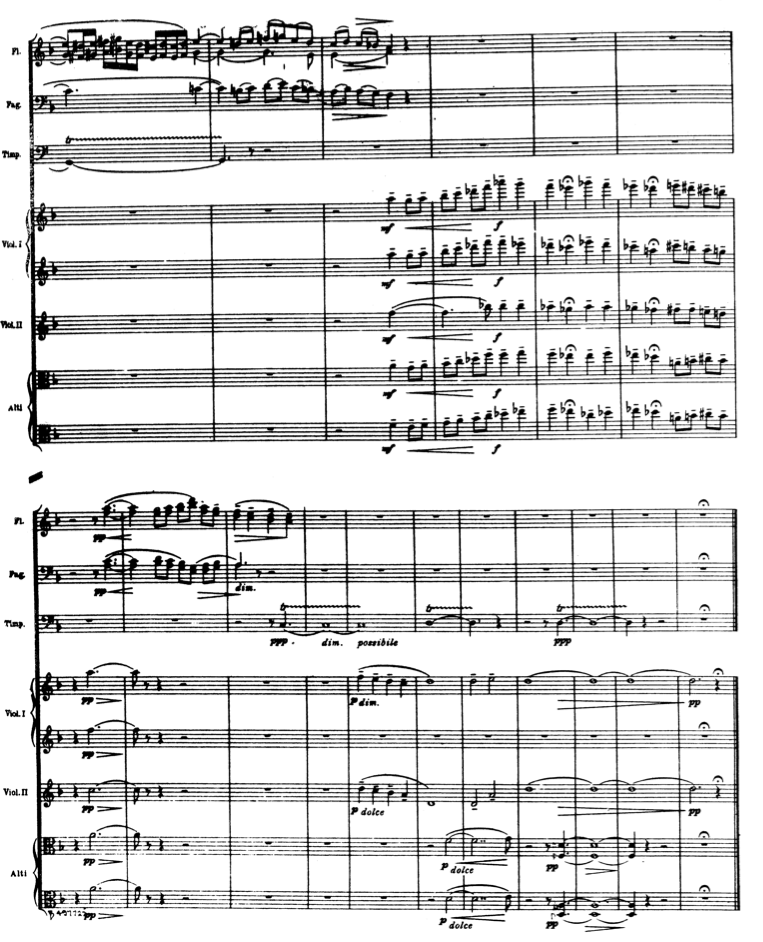 Wonderful, amazing ending. Now go back and listen to the whole last movement again.
Posted by Bryan Townsend at 2:04 PM

Actually there was a book, albeit little noted, that analyzed the Symphony 6 and some of the other symphonies by Lionel Pike: Beethoven, Sibelius and the Profound Logic (1978). The ending is not exactly D Dorian because of the Bb. G Dorian not D Dorian has one flat. The natural C does inflect the minor key towards Dorian. I would say the quarter note rest and the unexpected pianissimo strings 11 measures before the end was a clever non harmonic way to definitely signal an imminent closing.