A couple of weird items for you this morning. First of all, the Guardian tries to write the usual article about how horrible it is that classical music excludes people of color. The title comes from a story in the Guardian titled "Class, race and classical music" and it makes all the usual claims. But, interestingly enough, the article quickly runs aground on the details. Here is the sub-head:


Western classical music – performers and audiences alike – is still an almost exclusively white concern. What can be done?

I boggled at this because, in my experience, it just isn't true. Way back in the 1970s, that supposedly unenlightened era, at least half of the piano students in the music department at university were Chinese. At the same time, the Lieutenant-Governor of the province (in Canada) was east Indian. But what about black people you ask? Well, at that time there were only a handful of black people living in that city but one of them was the conductor of the orchestra. There were a few people of Hispanic descent and one of them, my girlfriend at the time, was a harp student at the conservatory. So, really, there simply was no discernible racism, individual or institutional that I was aware of.

When it comes to music, it is very hard to sing the blues about how black people are excluded from classical music when they dominate pop music so thoroughly and make infinitely more money as well. Here are the musical power couple of the day, Jay-Z and Beyoncé: 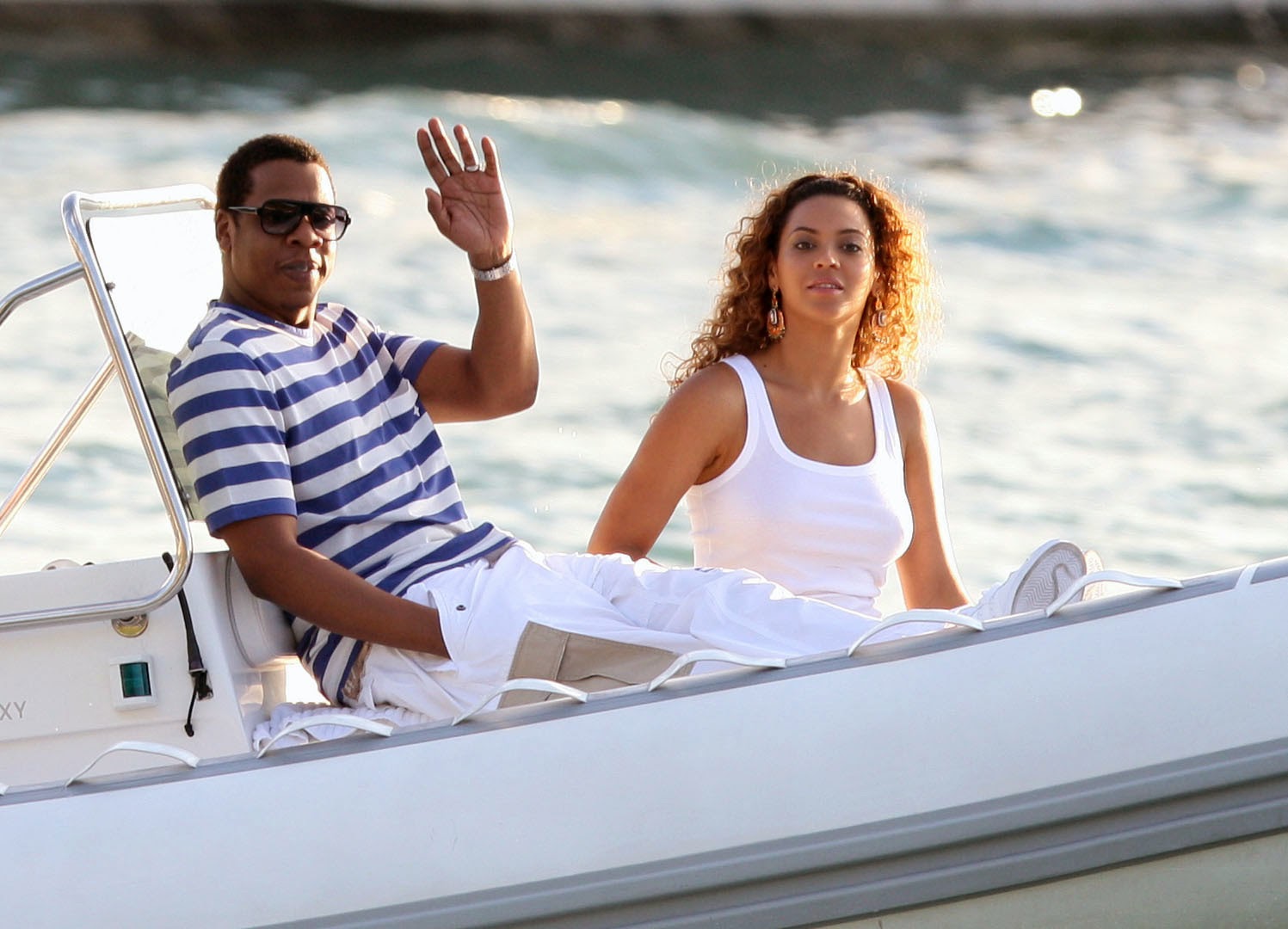 Somehow they just don't look that oppressed! Combined net worth as of March 2014, about $900 million.

The article makes a valiant attempt, running against the obvious facts:


In years/generations past institutional racism, of commission and omission, was undoubtedly at play. With no possibility of entry into mainstream – read Caucasian – ensembles, the vast majority of talented, serious musicians of colour went into jazz and later pop, where there was at least a possibility of expression and financial self-sufficiency. These days however, even in the most elite classical organisations, skin colour alone does not guarantee automatic exclusion. While there will remain the odd mostly private exception, among professional musicians, from top to bottom, it’s all about the music: can he or she play at the necessary, Himalayan level and in a manner commensurate with whatever ensemble’s characteristic style? But how to achieve that ascendency without the requisite tools and knowledge of the terrain?

Skin color doesn't actually exclude anyone these days (if it ever did)? So the article defaults to we have to have special programs to help people enter the world of classical music who otherwise wouldn't have. And then there is the obligatory slap at the elitists:


And then there are the gate-keepers, the holy idiots who police performances with trainspotter obsessiveness and the diktat that only those who worship in these often publicly funded temples with the same knowledge and style of commitment as themselves are welcome.

That's me! Holy idiot! The article ends with the hope that:


Like Shakespeare, this music belongs to all and can only benefit from a willingness to welcome and encourage fresh blood into its midst.

This is a remarkable level of incoherence. While on the one hand, Himalayan levels of achievement are needed in classical music, at the same time the "gate-keepers", presumably those who actually know something about the Himalayas of music, are the only bad guys in the article. Bizarre.

Also bizarre is this video of Canadian violinist Lara St. John, playing the Presto from the Sonata No. 1 in G minor for solo violin by J. S. Bach, accompanying tap-dancer Stephanie Cadman. Locations, various places, malls and subway stations and trains in Toronto:


Both the violin-playing and dancing are pretty good. But I have the distinct feeling that a hundred years from now, people will look back on our time as one in which the oddest things were being done to sell classical music.
Posted by Bryan Townsend at 10:08 AM

Email ThisBlogThis!Share to TwitterShare to FacebookShare to Pinterest
Labels: music and politics

Hmm, it seems like the same old usual. It never occurs to these people writing these articles that for instance black people might be less interested in classical music for whatever reason rather than being discriminated against. Could be because most people nowadays don't come across classical music in most places (at least when you compare with pop music). An obvious solution is to introduce people to it when they go to school, I mean they probably have for instance history classes anyways. That could be an idea, include some music history into the history lessons or maybe in some other classes. I can imagine that there is a disparity in music taste in some ways, basically for instance people living in ghetto-like areas probably listen to much more hip-hop/rap while in middle class areas it's more towards either mainstream pop or rock, metal etc. Still, doesn't justify why it is that way, classical is for everyone who wants is patient enough to listen to some really amazing music (I admit it takes some time to get used to, but on the other hand I think everyone prefers to enter classical music from different directions, I for instance started mostly with Chopin, Bach, Debussy and then moved on to early 20th century modernism and so on). It's just that pop music is so deeply ingrained into society. And as for performance, yes, obviously talent, correct practice methods, persistance etc. is needed to get far.

I really don't know what it is like in England, which tends to be a bit stratified by class, but one of the things I have always loved about the classical music world is that it doesn't seem to be. I come from about the lowest social class in Canada, Western small prairie farmer, but I was always welcomed with open arms by every classical musician I encountered. The only prejudice I ever encountered had to do with my instrument, the guitar.

It's amazing to me that people don't seem to understand basic demography. In the United States, which probably has the largest black minority compared to other predominantly white countries, only around 13% of the population is black. I can somewhat understand not getting the concept of equal opportunity when it comes to gender which is roughly 1:1 in population, but here it is inexcusable. Yes, of course there are less black people in all areas because there are less black people. Are these guilt mongerers also suggesting that the lack of white people in African classical communities is racism? Even if the ratio of black to white (ignoring all other ethnic groups) were equal and there is still a perceived dominance of whites, equality of opportunity is not the same thing as equality of outcome. It is illegal to discriminate based on race in I think pretty much every Western democracy and if you think it is not taken seriously in this overly PC thin skinned world then you are mistaken. Hard to prove in certain instances, true, but I think it is virtually impossible to get away with official racism on a large scale.

Legally it is fairly complex in the US. The concepts of affirmative action and disparate impact and a lot of ballot initiatives and court cases make for a politically charged situation. But I think it is safe to say that the less ethical politicians (isn't that all of them?) tend to make their careers by "standing up" for groups that can be convinced they are the victims of something. It comes across as odd and awkward when you have someone trying to play the race card in classical music, though, because it is pretty obvious that any musically talented black person can make a LOT more money in the pop world than the classical world.