One of the most important centers for neurological research, and specifically into how the brain processes music, is located at my old alma mater, McGill University in Montreal. The Independent has a report on the latest: Scientists zapped people’s brains with magnetic pulses and it changed their taste in music. Unfortunately, the account lacks the detail to find out exactly what they did and what the results were:

The circuitry in question is found in a part of the brain called the left dorsolateral prefrontal cortex.

Previous brain imaging studies have demonstrated that stimulation of this region leads to the release of a substance called dopamine, which acts as a chemical 'reward'. Other studies have show that pleasurable music engages reward circuits in the brain.

But this is the first time anyone has manipulated this circuitry to change the way people think.

Other studies of this kind gave enough detail to enable some sort of critique, but here all we have are the bland claims. The original study is not accessible without a subscription. But one wonders what they mean by changing people's taste in music. Is it like compelling you to suddenly prefer Olivier Messiaen to Justin Bieber? Or is it more like encouraging you to like a Katy Perry song more than a Taylor Swift song?

Very sad news, the great Russian baritone Dmitri Hvorostovsky passed away on Wednesday, age 55. He had been suffering from brain cancer. 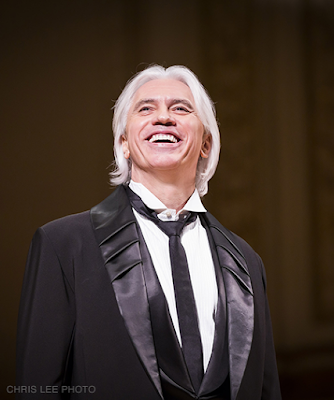 Guitarist Miloš Karadaglić is planning his return to the concert stage after having to cancel a couple of seasons due to what was called a "severe movement disorder" which usually means injuring the hand through either over-practicing or faulty technique. Miloš is not quite the be-all and end-all of classical guitarists as the comments at Slipped Disc imply. He is a pretty good guitarist with a powerful publicity campaign based partly on his good looks and partly on his willingness to do some crossover repertoire. In more serious repertoire he is not terribly compelling. Here listen for yourself.

But that being said, it is wonderful news that he is able to develop his career which was really just getting started!

As my readers know I am rather a fan of the no-holds-barred critical review because it is usually a nice antidote to the usual fare in the mass media which is little more than a publicity puff-piece. So this review by Joshua Kosman of the new John Adams opera is worth a read:

Imagine being on the receiving end of a Thanksgiving dinner monologue by a veteran of an earlier era — let’s say Grandpa Abe from “The Simpsons.” His stories about life in the old days meander on and on, full of nebulous detail and the occasional sense memory, often without arriving at a point. Sometimes the tales trail off entirely; sometimes they’re interrupted by impassioned howls of outrage at some real or perceived injustice.

Finally he falls asleep, his face in the cranberry sauce.

That pretty much sums up the experience of “Girls of the Golden West,” the operatic tofurkey from composer John Adams and librettist-director Peter Sellars that had its world premiere on Tuesday, Nov. 21, at the War Memorial Opera House. Bloated, repetitive, self-righteous and dull, this commission by the San Francisco Opera (in partnership with the Dallas Opera and Dutch National Opera, Amsterdam) represents a miscalculation of astonishing dimensions.

The writer does not hesitate to praise where it is deserved and is an admirer of Adams' previous operas, but doesn't hesitate to point out flaws in this latest work.

The ever-sensationalist Slipped Disc directs our attention to this concert and implies that it will be performed in the nude: 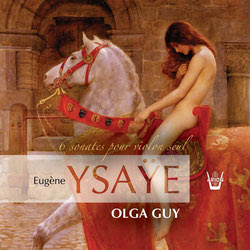 In reality, that is just a poster and the actual concert is a benefit for the poor just before Christmas. Each audience-member is asked to bring a shoebox with around ten food and beverage items that will be distributed to the poor.

This article by John Burge, professor of composition at Queen's University in Ontario, Canada, offers a look at the details of what it is like to be a student composer in Canada. The good news, I guess, is that there is a government program, Canada Summer Jobs, that offers funds that can be used to commission music from student composers. Here are the details:

the process was actually fairly simple and the Canada Summer Jobs application was easy to complete. While the hourly rate was fixed at $11.50, everything else could be tailored to the choir’s needs.

The choir wanted the student to compose a four- to five-minute unaccompanied composition for a soprano, alto, tenor, bass (SATB) choir, perhaps setting a poem written by a Canadian poet or capturing some other aspect of Canada.

The board, led by the choir’s artistic director, Gordon Sinclair, decided the job would require 30 hours of work per week and run for seven weeks for a total salary of just over $2,400.

It is worth comparing this total fee to the Canadian League of Composers’ suggested minimum commissioning rate for professional composers. For an unaccompanied choral work of this duration, the rate is $475 per minute. This makes the student salary align with the minimum fee that a professional composer would be paid. Of course, it can be assumed that an experienced composer would not take over 200 hours to write a similar piece. Still, this kind of payment is a significant boost for any emerging composer.

As I interpret this, a student composer, someone who is on track to soon be a creative professional, is going to be paid less than one would as a restaurant worker. According to this site:

A Food Service Worker earns an average wage of C$12.00 per hour.

Well, sure, this is a student job and it is far better to be paid to compose than to sling hash, but at least with the hashslinging you get tips.

For our envoi today let's listen to Hilary Hahn play the Sonata No. 5 "Danse Rustique" by Eugène Ysaÿe:

Posted by Bryan Townsend at 8:41 AM

I used sci-hub to read, or rather skim, the study. Legally ambiguous so I won't link, but it's easy to find online and the only way most of us are able to access academic papers.

Most of it goes over my head, but the methodology is clearly faulty. Relevant extract:

'Each participant was instructed to provide the names of five musical excerpts (with a duration of 45 s) that usually elicit intensely pleasant emotional responses for them. During the three sessions participants listened to these five songs. In addition, in each session, they also listened to ten different experimenter-selected musical clips (also 45 s in duration) that differed between sessions. To ensure that the lists of songs were comparable across sessions, we selected thirty songs from ten different musical groups, most of them pop bands (three songs for each group). There was a different song excerpt from each group at each session (ten in total) ... we aimed to select songs that were slightly familiar (to ensure pleasant reactions) but not easily recognizable for the participants, as we wanted them to purchase these songs during the experiment. To meet this criterion, we selected thirty songs that were, in the last two years, in the top 40 in Canada (http://top40-charts.com) but without reaching the top 5 (See Supplementary Table1). Then, we generated 3 lists of 10 songs matched by their top 40 position. Additionally, using a Spotify application (http://static.echonest.com/SortYourMusic), we also matched them according to different features computed by Spotify’s algorithms, such as beats per minute, danceability, energy, valence, loudness, popularity and acoustic (see Supplementary Table2)'

They assume familiarity correlates with 'pleasantness' (which they don't seem to define). And they couldn't have chosen a more homogeneous sample.

Thanks, Steven. That confirms that the study or experiment was just as trivial as I imagined. And wow, the distance from the wild claims of the headline is rather spectacular.!

Thank you for the excerpt from Kosman's review of the new Adams/Sellars opera.; like you, I appreciate his candor in "speaking truth to power." While generally seen as central figures in today's music world, Adams and Sellars seem to me to be less and less interesting as time passes. Their best work (Adams' Harmonielehre and Sellars' re-imagining of the Mozart-DaPonte operas, for instance) dates from 25+ years ago. This is of course just my opinion, and I welcome other viewpoints.

I've always had mixed feelings about John Adams myself. I have really liked some pieces, like Shaker Loops, but found others less interesting.