A Morning at the Thyssen

That's the Thyssen-Bornemisa Museum, the newest of the three great art museums of Madrid, opened in 1992. It has close to a million visitors a year and the collection is worth about a billion dollars. Who says there's no money in art? Read the linked Wikipedia article for the details. It started as a private collection by the Baron Heinrich Freiherr Thyssen-Bornemisza de Kászon et Impérfalva, possessor of the hereditary title granted by the Emperor Franz-Joseph I of Austria-Hungary.

I always forget to take a picture of the exterior, so here is one from Wikipedia:


The museum reminds me a bit of the Musée d'Orsay in Paris in size and partly in its collection. This museum has a lot more early European works, whereas the d'Orsay is just 19th century and primarily French. One pretty accurate comment on the Thyssen is that it has great works by minor masters and minor works by great masters. Yep. Unfamiliar stuff by Picasso, Miró, Degas, etc but some spectacular stuff by people you may not have heard of. They allow photos-without flash-so I have some to share.

I forgot to take a photo of the caption, so I don't know who painted this--it's 17th century--but I liked the pose: 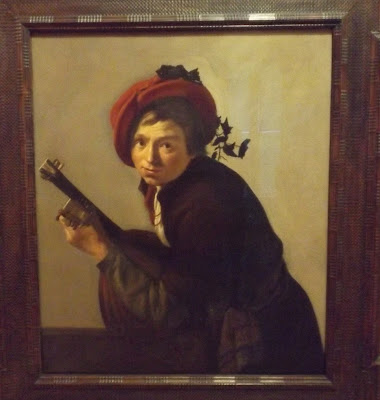 That's a lute with extra bass strings, so from the later 17th century.

Here is one of those minor works by a great master, "Woman with a Parasol in a Garden" by Auguste Renoir: 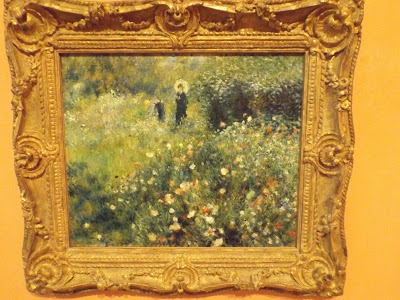 I didn't crop that one so you could see the color of the wall. The whole interior of the museum, following the instructions of the widow of the Baron's son, is painted in a kind of salmon pink or cantaloupe. It's a bit odd, but I didn't mind. It gives the museum a much more friendly air, especially as compared to the Prado.

Here is a "Seated Woman" by Juan Gris: 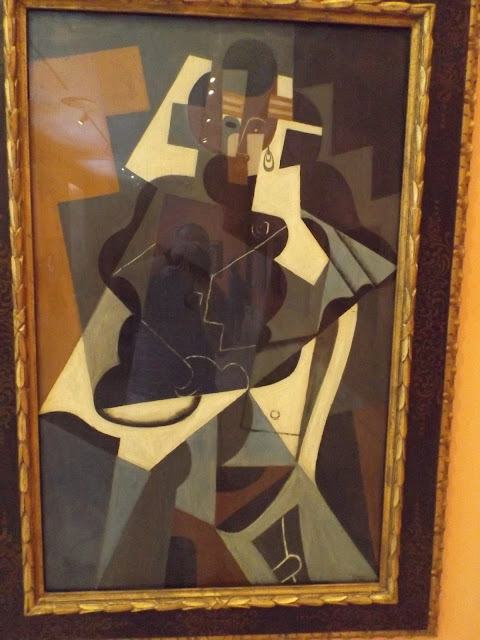 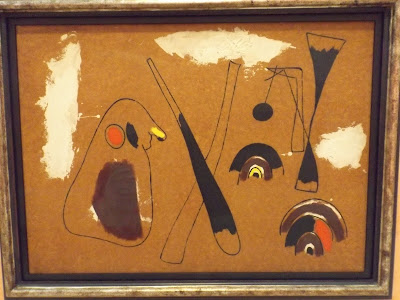 I noticed a couple of things. One is that a lot of the earlier stuff, the paintings from the 15th century, display a remarkable technical command. Like this one, a Portrait of Giovanno Tornabuoni by Domenico Ghirlandaio from around 1488: 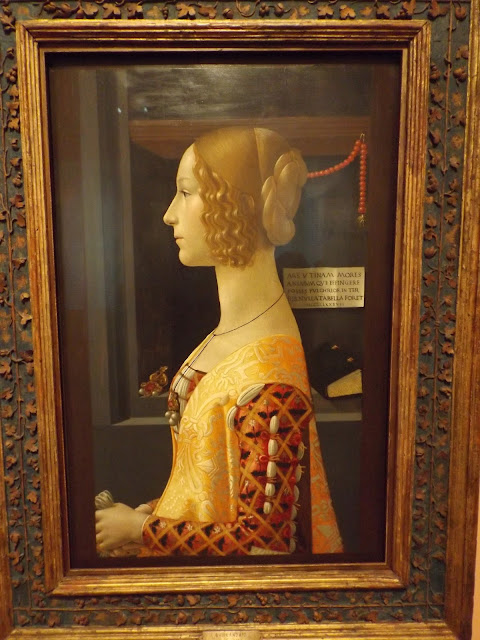 That is really quite stunning and even more so in person.

Some music that might have been played by that lutenist, a Suite in A by Denis Gaultier:

Posted by Bryan Townsend at 5:42 AM

The first painting is by Jan Hermansz van Bijlert (1597/98-1671) [according to 'Search Google for image', anyway: but one has seen that painting in lots of places, I think], Aeneas in his circle of professional acquaintances.