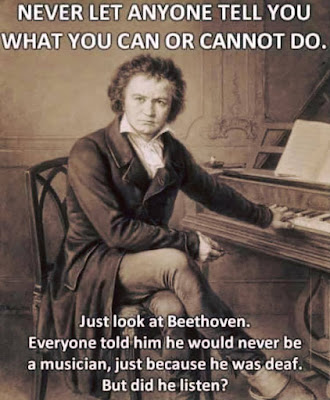 Plans are being released for a new London Centre for Music and The Guardian has the story. Price tag is 288 million and that's pounds not dollars.

The £288m figure is a large one, although much less than Hamburg’s magnificent Elbphilharmonie, which opened two years ago. It was originally estimated at €450m (£395m) and ended up costing €866m, most of it public money. Jean Nouvel’s publicly funded concert hall in Paris came in at €390m, three times over budget.

Sir Nicholas Kenyon, the managing director of the Barbican, pointed to the success of both concert halls in creating new demand for music.

“Hamburg’s hall has become a new symbol of that city as Disney Hall did for Los Angeles,” he said. “Think what Tate Modern achieved at the start of the millennium for raising the profile of contemporary visual arts. We can do the same for music in the 21st century.”

I hope to attend some concerts in the hall some day.

Important news: from Slipped Disc we learn that the flat in St. Petersburg where Shostakovich began composition of his Symphony No. 7 is up for sale for a mere 27 million rubles or about $400,000 US.   Shouldn't it be a museum or something?

There is a new biography of Chopin by Alan Walker. Terry Teachout talks about it and Chopin generally in Commentary.

Of the well-known composers of the 19th century, Fryderyk Chopin (as his name is spelled in Polish, his native tongue) is the only one whose complete works continue to be played regularly—indeed, without cease. Most of the pianists who had major international careers in the 20th century performed and recorded such staples of his catalogue as the A-flat Polonaise (“Heroic”) and the B-flat Minor Piano Sonata (“Funeral March”). They remain central to the repertoires of the rising generation of virtuosi, just as they have always been beloved by concertgoers. Yet Chopin’s phenomenal popularity was long viewed with suspicion by critics, in part because his compositions, without exception, all make use of the piano; in addition, most of them are solo pieces that are between two and 10 minutes in length. No other important classical composer has worked within so tightly circumscribed a compass.

Much as I like Terry Teachout's writing, he often reveals a smattering of musical ignorance. That first sentence needs correcting. There are quite a few 19th century composers whose (nearly) complete works get played regularly: Richard Wagner, Giuseppe Verdi and Franz Schubert to name a couple. And yes, there is at least one other important classical composer who worked within an even more tightly circumscribed compass: Domenico Scarlatti who is known almost exclusively for 555 brief sonatas for harpsichord. The article ends:


The once-conventional critical “wisdom” about Chopin’s music has finally become a thing of the past: He is now recognized as a master for whom no apologies of any kind need be made. And as fine as Alan Walker’s biography is, it is not necessary to read a word of it to know that Chopin was in every way the equal of any of the greatest classical composers who have ever lived. One need only listen—and marvel.

I really hate the casual use of scare quotes, especially around words like "wisdom" (oops). Yes, Chopin is a great composer about whom no apologies need be made, but not, perhaps, quite the equal of those guys who get placed first, second and third: Bach, Beethoven and Mozart. It comes down to a question of range or breadth or something.

After dozens of parents and students voiced concerns about proposed changes to the Pocatello-Chubbuck School District 25 orchestra program during a school board meeting this week, district officials believe they have found a viable solution.

Jan Harwood, the district’s director of secondary education, told the Journal on Wednesday that district officials were able to coordinate scheduling that will allow for certified orchestra instructors to teach all 11 orchestra classes at Pocatello, Century and Highland high schools and at the district’s four middle schools during regular class hours every day of the week and all school year long.

Yahoo, and, how the heck did they manage that?


“After much discussion and schedule shuffling, we did it,” Harwood wrote in an Wednesday email distributed to all parents of students currently enrolled in the district’s orchestra program. “All 11 (daily) sections of orchestra will be taught by a certified orchestra teacher. High school students will have the opportunity to take orchestra in their high school each trimester without the need for travel.

“Ultimately, our orchestra program will grow from elementary to middle school to high school with a clear pathway to the Idaho State-Civic Symphony.”

Well, what I meant was, how the heck can you afford it? But no figures are mentioned in the article. Most school districts seem to cry lack of funding when it comes to competent musical instruction. But they always seem to have a big budget for administrative assistants, diversity counselors, and a host of other nebulous niches.

Something Alex Ross does pretty well is keeping us abreast of what contemporary American composers are up to. His last is about two festivals of new opera: Psychotic Opera at the Prototype Festival.

In early January in New York, two festivals of new opera, music theatre, and multimedia events—the Prototype Festival, which has been running since 2013, and the Ferus Festival, which began in 2010—dismantled preconceptions of what opera is and does. In a Prototype event at the lower-Manhattan art space here, the downtown performance artist Joseph Keckler mixed operatic singing and oblique standup comedy in a one-man show called “Train with No Midnight.” At Ferus, which unfolds at National Sawdust, in Brooklyn, the composer Angélica Negrón showed scenes from “Chimera,” a work in progress about drag queens, featuring Alexis Michelle and the eleven-year-old performer Desmond Is Amazing.

Prototype likes shows with hot-button relevance, which can be exhausting: opera doesn’t always have to be dire. But there was no denying the sledgehammer power of Philip Venables’s “4.48 Psychosis,” which was presented at the Baruch Performing Arts Center, under Prototype’s aegis. This is an adaptation of the play of the same name by the British dramatist Sarah Kane, who committed suicide in 1999, shortly after completing it.

We need a couple of envois today as well. Skipping over psychotic opera, let's have some Chopin. This is his Ballade no. 1 in G minor played by Krystian Zimerman:

And, what the heck, how about that Symphony No. 7 by Shostakovich? This is Marin Alsop conducting the Frankfurt Radio Orchestra:

Posted by Bryan Townsend at 7:24 AM

We in the UK are being treated to a new classical music radio station that, thank Ford, will finally make classical music relevant again. This article made me even more despairing than usual: https://www.theguardian.com/music/2019/jan/27/young-turn-to-classical-music-to-escape-scala-radio-station

And re your post a while back on Netflix, I'm now hooked on El Ministerio del Tiempo...

You found the Guardian article that you link to be depressing? I suppose you mean the comments like this:

"Citing the appeal of soundtracks for video games as well as for primetime TV dramas and the cinema that “make your heart race”, Pepper said that even the greats of the conventional repertoire still had something to say. “Even the classical masters have shocking, entertaining, humorous and sometimes tragic life stories. A classical composer is a normal human being with the same ups and downs we can all relate to.”

Tunnel vision aside, it seems a good thing that young people are rediscovering classical. After all, how much hip hop can you take before you start to go mad?

Glad you are enjoying El Ministerio del Tiempo. It is so different from the usual fare. Actually, I have now gotten into Australian tv series, so I should do another post!

Well, I think it's bogus. I do not see any evidence that they are, except for suspicious opinion polls and examples of young people listening to their favourite video game soundtrack and the like. It's all a marketing scam. And I despair of attempts to make classical music seem hip and modern, using such awful jargon -- 'there is an authentic modern-day narrative to accompany classical music'...

Ok, I see what you mean. Re television, your wish is my command! Check out my new post on Aussie tv.