Philip Glass has won the $100,000 (Canadian) Glenn Gould prize. I think that reviewing the list of the jury will reveal why he was picked instead of someone else:

I count two (2) classical musicians, both singers, on the panel and a whole lot of "cultural figures". And not one composer. I rather like some of the music of Philip Glass, but the idea of him receiving the Glenn Gould prize rather boggles the mind, doesn't it?

Slipped Disc has a collection of photos of composers smoking, which reminds me of this photo, one of only two existing, of Robert Johnson: 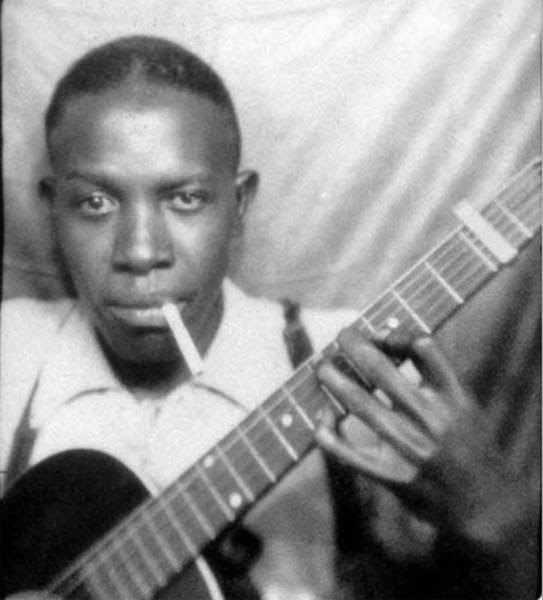 One publisher of transcriptions of his songs thought that the photo would have a bad influence in these times so they airbrushed out the cigarette! Which prompted one reviewer to remark, "hey, Robert Johnson quit smoking!"

As a follow-up to my post on musician interviews, here is a new one with Lang Lang using the same questions. Interestingly, he is so well-known that he doesn't seem to feel the pressure to conform exactly to expectations. The question about working with non-classical musicians is a trap for many artists, but not for Lang Lang. He's already there!


Which non-classical musician would you love to work with?

I like interesting experiments, such as my recent ones with Metallica and Pharrell Williams. These type of collaborations mostly happen relatively spontaneously, so I am curious myself as to with whom from the nonclassical world I will work with next!

Today's example of shoddy research into music comes from the University of Southern Denmark and examines rivalries between 19th century composers. I say "shoddy" because of examples like these:

The researchers say their results are supported by the biographies of composers.
Wagner, for example, complains that his opera rival, Berlioz, neither encouraged nor discouraged him. The researchers say that Berlioz, for most of his life, withheld from Wagner the recognition that he craved.
Maurice Ravel was diagnosed with neurasthenia after the failure of his ballet ‘Daphnis et Chloe’, because, say the researchers, the performance had been overshadowed by a concert 10 days earlier of Debussy's ‘Prelude to the Afternoon of a Faun’.

One problem here is that Debussy's "Prelude to the Afternoon of a Faun" was premiered in December 1894, nearly eighteen years before Ravel's "Daphnis et Chloe" which was premiered in June, 1912. As for the Wagner example, this seems to reveal more about Wagner's arrogance than anything else. Also, a lot of these composers died of things like syphilis, for which there was no cure at the time. I suspect that the research was driven by deep-seated ideological biases, rather than objective research. For example, you could equally argue that concentrations of composers leads to more educated and appreciative audiences, which surely must lead to greater mental health for the composers? You could argue this from many angles, but the one taken here seems particularly suspect.

I've long been of the opinion that music has no place in the workplace: unless your workplace is a symphony orchestra, music school or opera house, that is. You, or at least I, can't think if there is music playing, let alone do productive work. Ann Althouse is of the same opinion in this post. Having to listen to music seems like one of the worst aspects of the "open office". But no, I don't think even the seamless ennui of Brian Eno is acceptable as a musical background.

Here is an interesting link: "Inspiring Workspaces of the Famously Creative." Alas, none of them, except for John Lennon and Yoko Ono, are musicians. Here is John in their workspace: 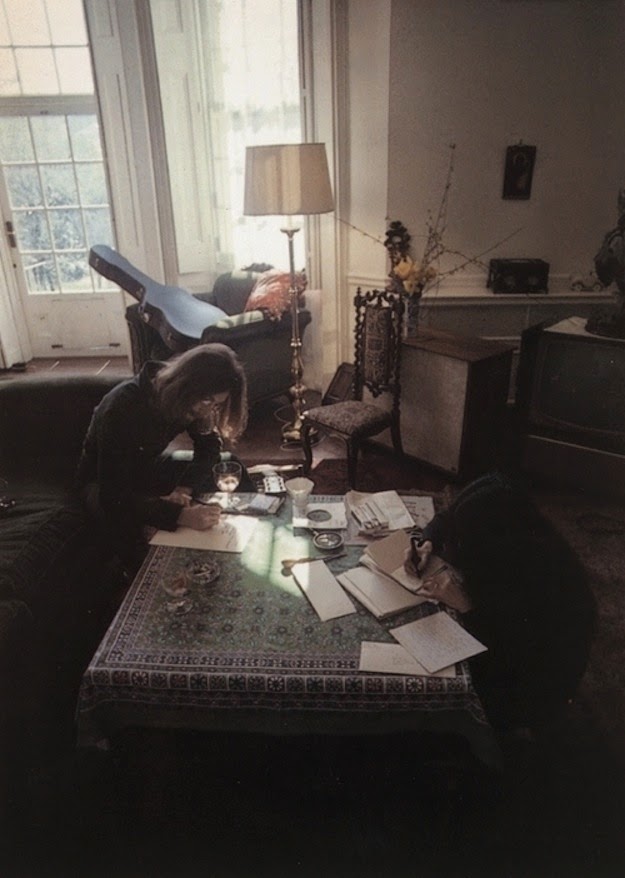 I wish we had a collection of images of composer's workspaces. I do know that Mahler worked in a tiny little shack about 10' by 10' on the shore of a lake in Austria. Stravinsky wrote the Rite of Spring in a little room 8' by 8' in Switzerland and Elliot Carter wrote his String Quartet No. 1 in a little hut in the Sonoran desert. We do have a photo of the exterior of Mahler's "composing hut", but not the interior and nothing of the others. Here is Mahler's: 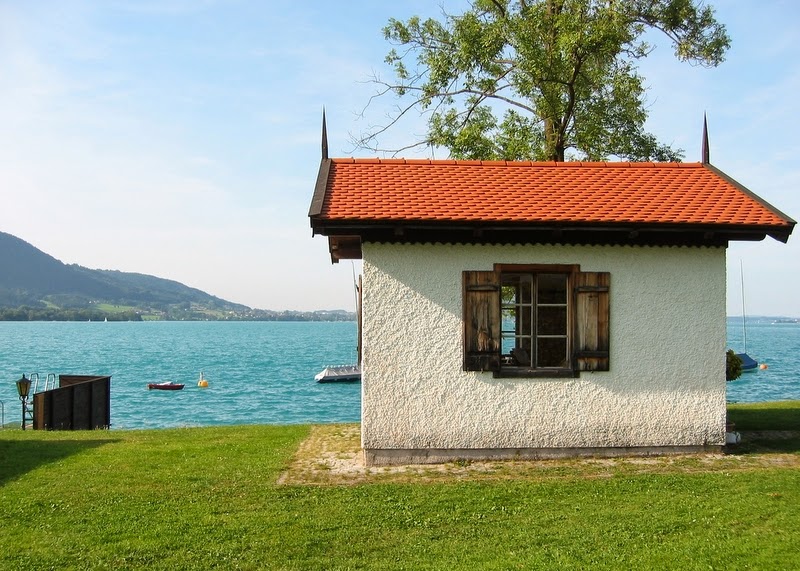 So the ideal for composers seems to be, just room enough for a piano, maybe a little desk, and a chair. Anything else is superfluous. Of course, these days, this is more likely what a composer's workstation looks like: 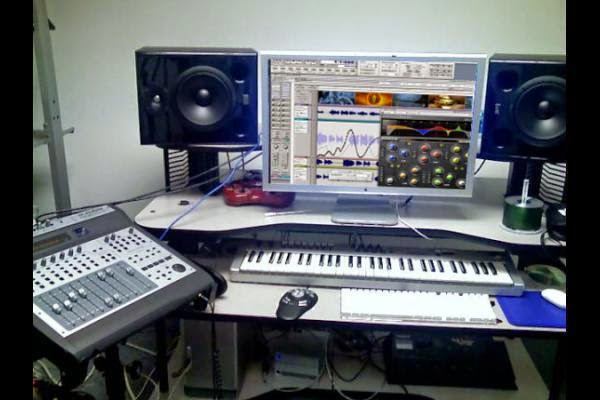 We seem to have evolved...

As a followup to Alan Gilbert's London talk on the new role of the symphony orchestra, here is a link to a review in the Guardian of a concert by the New York Philharmonic, conducted by Gilbert, in London. Uh, doesn't it seem to you that what they have really succeeded in doing is turning a masterpiece of 20th century music into an episode of a children's show? The Muppets do Stravinsky?


The players become a rather naughty group of participants at the ballet’s Shrovetide fair, as Fitch’s cameras glide round the orchestra, homing in on percussionists surreptitiously swigging vodka, or the double bass section peering at a peep show. We’re encouraged to clap along and scream in terror at a dancing bear. Music director Alan Gilbert, sporting a spangled blue coat, plays the Magician himself, his extravagant gestures bringing both puppets and music to life.

And that gives us our envoi: Petrushka by Stravinsky. Here is Andris Nelsons conducting the Royal Concertgebouw Orchestra:

Posted by Bryan Townsend at 7:47 AM