Three years after completing his First Piano Concerto, Tchaikovsky wrote his Violin Concerto in a single month while taking a rest cure in a Swiss resort on Lake Geneva. Here is the Wikipedia article which gives some interesting details about the initial reaction to the piece.

It was this piece that was my introduction to classical music. Before hearing this, at age 17 or 18, my exposure had been very limited. Where I grew up there were no concert halls, no orchestras, just the occasional traditional musician like my mother, who was an "old-time fiddler". There were no radio stations broadcasting classical music, either. So when a friend of mine put on an LP of this piece one day, it was a complete revelation.

Listening to it now I am struck by a number of things: first of all, it is a tremendous advance over the First Piano Concerto that I discussed last week. This piece is much more coherent in its structure. The whole first movement is based on one theme and some variants of it. It is very protean, however and the variations on the theme are extensive. Oddly enough, I am reminded of a Mozart piano concerto. Like Mozart, this whole movement seems spontaneous, flowing freely. The violin dominates throughout. Indeed, we don't get much of a tutti until measure 127! There really are only three major tuttis in the movement: that one, another that sets up the violin cadenza and the coda, shared with the violin. A tutti, by the way, is when the whole orchestra is let loose. Usually, in this concerto, it is only parts of the orchestra, accompanying the violin.

The movement starts with a brief orchestral introduction before the violin enters with a lyric mini-cadenza, followed by its statement of the theme:

The second theme, which is really a variation of the first theme, is presented on the violin as follows: 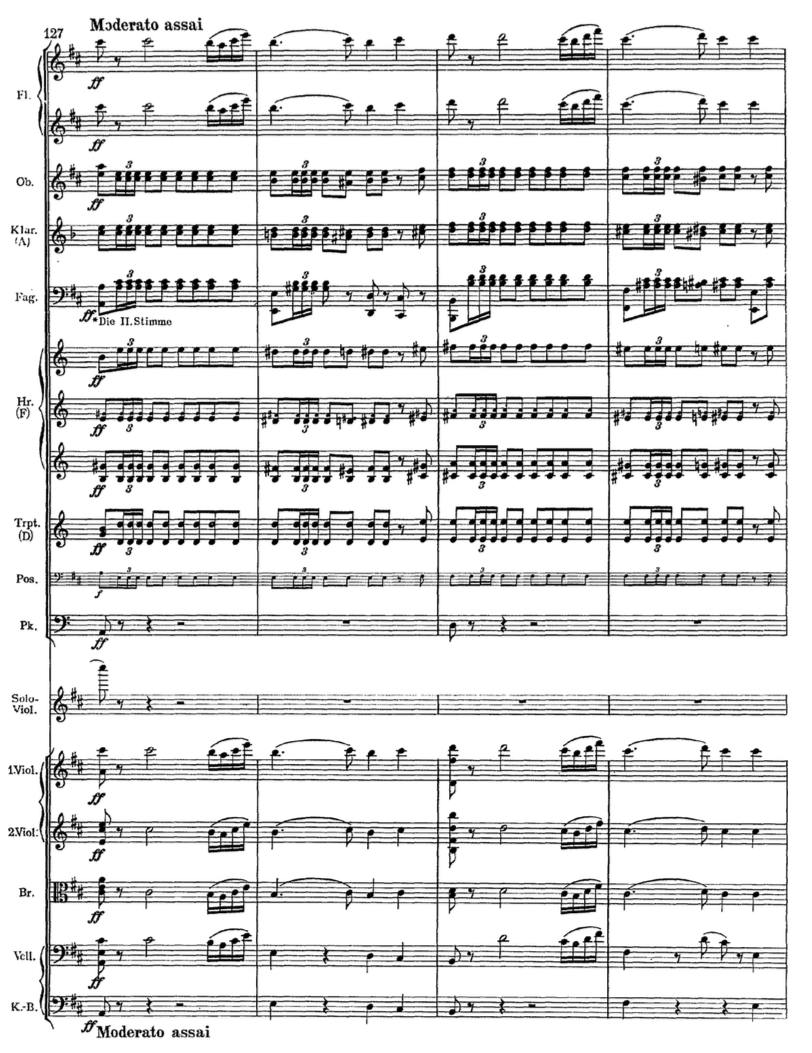 Here is a variation in G major for the solo violin: 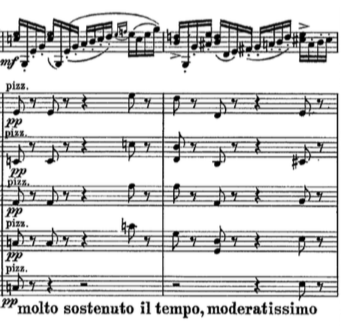 And here is a variant using dotted rhythms:

Let's listen to this superb performance with Itzak Perlman and Eugene Ormandy conducting the Philadelphia Orchestra:

It's a great concerto, far better than the 1st piano concerto.

I love all of his concerti, but his single movement 3rd piano concerto is my favorite. It's possibly the most intense piece of music ever written. The musical climaxes in that work have never been surpassed. I believe it was his last completed composition; started as a 7th symphony.

Thanks, Nathan. That's a great tip. I will investigate that concerto, which I don't think I have ever heard!