I was telling the story of the earliest polyphonic repertoire yesterday in this post. I mentioned that, up to the 12th century and beyond, most of the music preserved in notation is by Anonymous. This is partly because most of this music was for use in the church and the sin of pride was taken seriously. It was prideful to put your name on a piece of music as it was really inspired by God. Things are a bit different today...

Young performers are encouraged to 'brand' themselves. At first I thought they were talking about what they do to calves out West and thought, "well, that's a bit extreme!" But no, this is a marketing concept and has to do with personal career development through self-packaging. The descriptions of how to do this are often vague as most marketing concepts are--at least to me. So let me talk about how I notice it working in music.

Young artists entering the field need to distinguish, individualize themselves. Now of course, they are already individual and perhaps even have an individual style of performance. But what is important is to package this in an easily perceived way. Your branded individualism really can't be very individual or no-one will 'get' it. You need to be an archetype of some sort. Here are some examples: 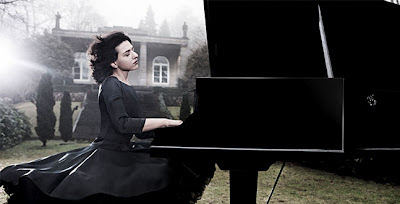 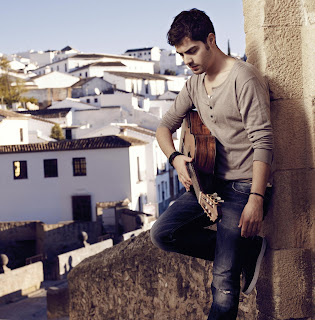 As an example of really horrible marketing, I am tempted to post the cover of my commercial album release, but I'll spare both yourselves and myself!

The point of this is to create 'celebrity', fame. You will remember these images and they will lead you to buy recordings or attend concerts of the artists. They have a certain archetypal magic about them, a kind of perfection. That's because they are mere packaging, with little connection with reality. The older generation of artists didn't do this sort of thing. 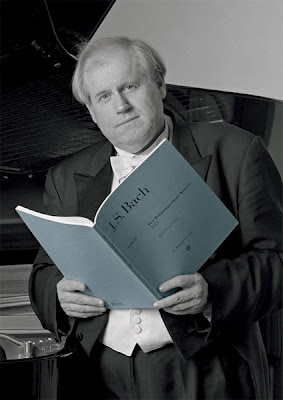 That's what the packaging, or lack of it tells us. But it's all lies! Nigel Kennedy is a dynamic, but often wayward performer who is now fifty-five years old, but has to keep up his angry young man act for his street cred. Khatia Buniatishvili is one of many very pretty young pianists who is trying to carve out a career, but is probably getting whupped by Yuja Wang (who wears shorter skirts). Milos Karadaglic is trying to put the classical guitar back on the map, but discovering that he may have to do crossover pablum to do it. And Grigory Sokolov is one of the finest pianists of all time, but he hates both marketing and recording, so remains a lot less famous than his ability would indicate.

The first three artists are all striving for celebrity, fame, because that is what builds a career these days. The ugly dynamics of fame are that you have to be totally focused on yourself. You must not acknowledge that there are other artists out there. The purpose of your fame is to keep others unknown. It is not enough to be famous, others must be nonentities! Celebrity is money in the bank, "bums in seats" as concert organizers say. Obscurity is death. But notice the ironies: you only achieve celebrity these days by being a kind of caricature of a person, or an archetype to put it more kindly. The marketers have to seize upon some trait in your personality or looks and blow it up out of proportion--which is the very procedure of caricature.

UPDATE: Just by chance, after writing this post, I ran across this article about problems of management at Microsoft. Here is a telling quote:


One former Microsoft engineer says that his performance reviews were “always much less about how I could become a better engineer and much more about my need to improve my visibility among other managers.”

Improving your visibility is of course what branding is all about. Interesting that at Microsoft, focusing on this technique seems to have cost them their creativity.
Posted by Bryan Townsend at 8:00 AM

Email ThisBlogThis!Share to TwitterShare to FacebookShare to Pinterest
Labels: marketing